Making content accessible to readers of all types.
by Ian Demsky and Patrick Garvin
Accessibility is Writing
This Pub is a Version of 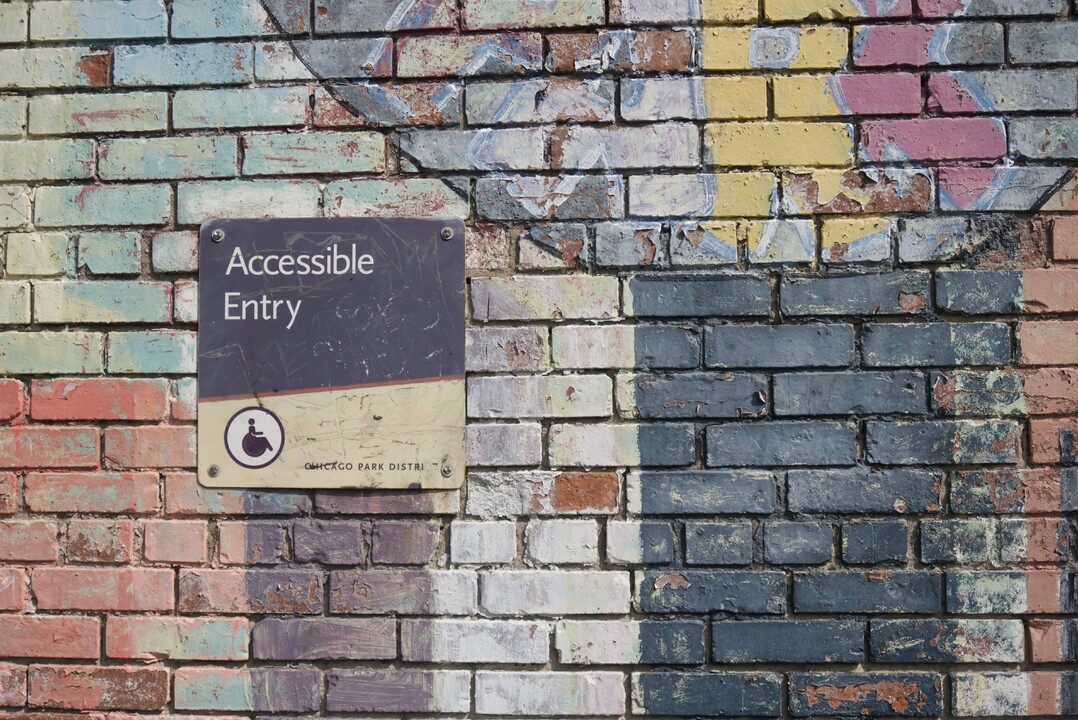 Ian Demsky is a journalist and storyteller based in Michigan. He has a background in reporting, science writing, and editing and explores these topics in his newsletter, “The Name of the Dog.” Below is a republication of a post in which he interviews Patrick Garvin, a front end developer focused on digital accessibility, about making writing accessible.

I still get a tiny thrill when I see someone reading a physical newspaper in public and also a pang. It seems so anachronistic. Over the course of my career the publishing mentality has shifted from print-first, to hybrid, to online-first, to mobile-first. Today's writing jobs are primarily digital in nature.

And yet, in every job I've held, writing and accessibility have been treated as separate and distinct. I would argue that this is unacceptable. I would argue that today journalists, bloggers and professional writers of all stripes have an obligation to learn the basics.

Why do I say that "accessibility is writing"? First, it ensures equal access to your content for anyone who wants or needs to interact with it. Second, it provides a better experience for all users, whether or not they're using assistive technologies, such as a screen reader or mobile accessibility features.

It's been nearly 60 years since Marshall McLuhan shared what has become the ultimate truism of communication: The medium is the message. That is, how we share information is inextricably linked to what we can and do share.

In a recent podcast, Ezra Klein of The New York Times and Sean Illing of Vox, note, for example, that is impossible to separate the educational aspects of Sesame Street from the lessons it teaches about entertainment.

"People think Sesame Street teaches children to love learning, and what it teaches them is to love television," Klein says. "Sesame Street is training wheels for television... And to bring this back to McLuhan, what I understand McLuhan is saying is that we really miss the way mediums change us."

The point being, writers today cannot escape being digital writers, and should have a grasp of the exigencies of the medium.

So I reached out Patrick Garvin, a former journalism school classmate and newspaper salt who is now a front-end developer focused on accessibility, and asked him to share some top-line accessibility principles that digital writers should to know.

At a minimum, they should understand plain language, link text, alt text and headings, Garvin says.

What follows are his explanations, lightly edited for length and clarity:

Plain language is language a user can understand the first time they read or hear it. The Plain Writing Act of 2010 defines plain language as “Writing that is clear, concise, well-organized, and follows other best practices appropriate to the subject or field and intended audience.”

Plain language doesn't mean over-simplifying or watering down the content. It means writing in a straightforward and clear manner that makes the content possible to grasp and digest. Sometimes, this will mean writing longer, because it will involve extra explaining.

Complex topics related to science, law, and finance all can and should be written in plain language. To write about these topics in plain language doesn't mean leaving out complicated concepts or terms. On the contrary, it means addressing them with definitions, and glossaries, if needed.

This will feel intuitive to most writers, because it taps into a lot of what most will chalk up to good editing. Everyone benefits from plain language, regardless of whether they have a disability or not, but it especially helps those with cognitive or reading disabilities.

On the web, be cognizant of directional instructions that rely on a reader's ability see the page's layout. Not only does page design over change for mobile users, terms like "right sidebar" or "image on the left" mean nothing to people using screen readers. Verbal directions that rely on color — "select the green button" — can also render the content inaccessible to those who are colorblind or using assistive technologies.

Often, writers will include links scattered throughout sentences and paragraphs. This is common in news articles, where a phrase or sentence fragment will serve as a hyperlink to another article. Sighted users will be able to read the link text in the context of the entire sentence, and guess where the link will take them.

Those who use screen readers, however, won't necessarily listen to the whole article from beginning to end. They have tools that are equivalent to the way sighted users might scan a page, hearing a list of links on the page or tabbing between links. This lets them know if they're on the right page, and what content is available.

While sighted users have an easier time discerning where a link labeled "click here" might take them from the surrounding context, imagine the frustration for someone using a screen reader hearing a list of a dozen links all labeled "click here."

That's why it's best practice to always write link text that will inform users of its destination, agnostic of the text that comes before or after it. That's why "Missouri's July 2022 COVID cases" works much better for link text than "click here."

Alt text, or alternative text, is the text that informs people of the content and context of an image. This text is not usually displayed to sighted readers — unless an image fails to load due to a broken link, missing file or low bandwidth — but it is read or presented to readers using assistive technologies.

Along with helping readers who are blind or who have low vision, alt text also helps a variety of neurodivergent people — those with ADHD or autism, for example — for whom it's important to be able to see, listen and/or read at the same time.

Note alt text is not meant to be a caption. A caption is used to augment a photo or add detail. A caption is written with the expectation that people can see what's in the photo. In news articles, a caption is often written to include information that can't be determined from the photo alone.

For example, a photo might include children running through sprinklers on a sunny day. The caption might include details like the date it was taken, or that the day it was taken had a low of 99 degrees. Or that it was the 10th day in a row above 95 degrees. Or that the sprinkler was a new model meant to conserve water during a draught. Or that one of the kids had been in the hospital for heat stroke five days earlier. None of those details are details that sighted users would instantly get from the photo alone.

But alt text is different. Alt text is a direct stand-in for the photo. So when writing alt text, writers need to tap into the purpose and context of the photo.

If you're struggling to know if you're including too little or too much, imagine how you'd describe the image to someone if they couldn't see it. For example, imagine you're describing a meme to someone over the phone. For your listener to "get" the meme, they don't necessarily need to identify the font or the colors or the font-weight or every single detail. They just need the details that will help them "get" the joke. The more succinctly and clearly you can share the joke, the better.

There's no prescribed limit to alt text. There are persisting myths that screen readers will cut off after 125 to 150 characters, and ignore any alt text after that. But people have tested that out on screen readers and found it not to be the case.

There are personal preferences, and so you'll hear ranges. Some will suggest to go no longer than the character limit of a tweet, which is 280 characters. Others will suggest half that. The idea is to inform the user of the content of a photo and its context, but not go overboard. The goal should be to use as many characters and words as you need, but no more. And that should seem familiar to writers and editors, right?

In general, writers should know how to enter alt text into the systems they use to publish newsletters, blog posts, web content and so forth, and advocate within their organizations for use of alt text in all contexts.

Headings are important for plain language, structure and organization. Headings can be visual cues to sighted users about the content under the headings. People who are looking for a certain type of content will be able to scan the page and go directly to the content they need. A page that has a political candidate's views on different topics benefits from breaking those up with subheads. A menu that includes all sorts of cuisines and meal types benefits from having those organized under headings.

In HTML, headings range from <h1> page titles to <h6> subheadings. They serve as landmarks for users and help them understand how different pieces of information relate to each other — and thus should always follow a logical order. For example, a level 3 heading should provide information in support of the previous level 2 heading, and so on.

Because headings are integral to the structure and navigation of a page, they shouldn't be applied just because you want a certain piece of text bigger and bolder. You should not use headings to arbitrarily style text. You should not use a <h4> heading under an <h2> heading because you think it looks better. (Conversely, increasing font size or bolding text isn't sufficient to create a heading, a heading tag needs to be applied in the page's HTML.)

And when writing headings, front-load them with the most important text. Statements work better than questions in headings; they enable you to put the most important keywords first, which makes it easier for users of all types to scan through.