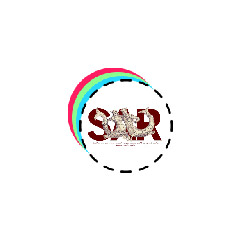 “Poetry is not important. That’s why it matters." On the San Antonio Review
by William O. Pate II

Within the next month, I’m making a big move to Montevideo, Uruguay, so life is a bit topsy-turvy as I relocate in the midst of everything else that’s going on. To help me stay grounded, involved and modestly goal-oriented, here are some resources that I’ve used to integrate theory and praxis in my life:

The fastest way to become a nonprofit I’ve found. Beyond providing San Antonio Review with its nonprofit status and digital bookkeeping and fundraising platform, its founders’ “exit to community” is an inspiring and pathbreaking initiative well worth watching. I also hear they have a “5 Things” fan on staff (hi, Nathan!).

I love theory, but I’m also a huge fan of praxis. Over the last two decades, I’ve helped TFN fight far-right attempts to undermine public education, public health and fundamental U.S. rights in Texas. I urge everyone to get involved with similar groups or otherwise make their voices heard and work to solve fundamental problems rather than symptoms.

3/ The Refusing to Forget Project

Sticking with the theory-and-praxis theme, an excellent example of their mixing is this project focused on unearthing and remembering the largely forgotten mass killing of Mexican Americans along the Texas-Mexico border in the early 20th century by an interdisciplinary group of academics, affected family and community members and, increasingly, others. Read my review of a recent collection on the subject in San Antonio Review’s last issue.

BETWEEN 1910 AND 1920 ETHNIC MEXICANS LIVING ON THE TEXAS-MEXICO BORDER WERE TARGETS OF STATE-SANCTIONED VIOLENCE. ALTHOUGH HISTORIANS ESTIMATE THAT SEVERAL THOUSAND MEXICAN NATIONALS AND AMERICAN CITIZENS WERE KILLED, THIS PERIOD OF VIOLENCE HAS RECEIVED LITTLE PUBLIC ATTENTION.

REFUSING TO FORGET, AN AWARD-WINNING EDUCATIONAL NON-PROFIT, HOPES THAT IN BRINGING PUBLIC AWARENESS TO THIS OFTEN FORGOTTEN PERIOD, WE CAN ALSO RAISE THE PROFILE OF A STRUGGLE FOR JUSTICE AND CIVIL RIGHTS THAT CONTINUES TO INFLUENCE SOCIAL RELATIONSHIPS TODAY.

My longtime home on the Web, inadequate.net is where I started “publishing.” It also includes photos of my fur-family:

I’ll liken my last answer to that of asking the genie for infinite wishes: visit San Antonio Review’s Community Resources to find links to myriad sites, organizations, initiatives, projects and other things that I or someone associated with SAR found interesting enough to share with me to add because we thought others might find them useful.

— William O. Pate II is the founding editor and publisher of San Antonio Review. Learn more about him at inadequate.net.

1 of 1
Another Reply to “Poetry is not important. That’s why it matters." On the San Antonio Review 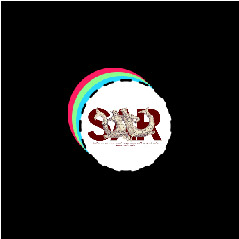 Why not start the discussion?
Commonplace
Published with